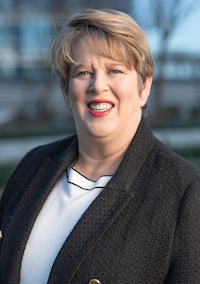 Carol graduated from the University of Texas School of Law in 1993, where she served as an intern to former Texas Supreme Court Justice Robert A. Gammage and was a member of the Texas Journal of Women and the Law. She graduated cum laude from the University of Notre Dame with a B.A. in History and English and earned her M.A. in U.S. History at Notre Dame. While in graduate school, Carol earned a Rotary International Graduate Fellowship, and spent ten months studying Mandarin Chinese in Taipei, Taiwan. Carol has also lived in China and spent the fall semester of her junior year living and studying in London.

Carol enjoys reading nonfiction and traveling. She is a devoted pet mom to a West Highland Terrier and her cats. Carol is a also a loyal fan of the Fighting Irish, the Houston Astros, and the Kansas City Chiefs, and enjoys watching college and professional football, MLB, and college basketball.


Intern to the Honorable Robert A. Gammage, Texas Supreme CourtMember, Texas Journal of Women and the Law