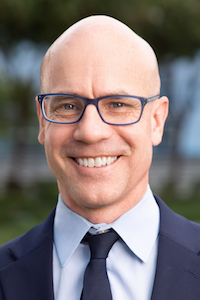 Justin Dolan practices exclusively appellate law as an associate attorney at Clouthier Law. He brings 20 years of legal experience to the firm. He began his career in Seattle, Washington, after graduating summa cum laude from Seattle University School of Law. While there, he received the honor of highest grade in Legal Writing, among others. Justin was also on the Dean’s List every year, won multiple academic scholarships, and served on Law Review. As a member of Law Review, his student comment, Thou Shall Not Strike: Religion-Based Peremptory Challenges under the Washington Constitution, 25 Seattle Univ. L. Rev. 451 (2001), was selected for publication.

After law school, Justin worked at big law firms in Seattle, where he obtained experience as a trial and appellate litigator in numerous substantive areas including commercial law, employment law, medical and legal malpractice, maritime, tax, personal injury, real estate, and contracts. During this time, he honed his research and writing skills, drafting numerous successful appellate briefs, summary judgments, and other dispositive motions, including an amicus brief to the United States Supreme Court in the Exxon Valdez case.

Ultimately, Justin’s strong background in writing and advocacy led to him teaching for three years as a full-time Visiting Professor at the Seattle University School of Law. At the time, it was the number one ranked Legal Writing program in the country. As a Visiting Professor, Justin taught Legal Writing I, a one-year course in objective writing, research, analysis, and citation. He also taught Legal Writing II, a one-semester course in trial and appellate advocacy, which included motion practice, an appellate brief, and oral arguments for both.

Later, Justin moved to Wyoming, where he was born and raised. While he lived in Wyoming he transitioned to working as a state and local government attorney. For a time, he was an Assistant Attorney General who defended the State of Wyoming in tort actions, specifically Section 1983 lawsuits against peace officers and actions against governmental employees arising under the Wyoming Governmental Claims Act. Then, as Senior Deputy County Attorney, he was second in charge in representing Laramie County, Wyoming’s largest. That role allowed him the opportunity to cooperatively and creatively interact with a range of individuals from judges, department heads, and elected officials to citizens, district attorneys, and command staff and street officers in the sheriff’s office, which gave him valuable insight and perspective.

During the pandemic, Justin left Wyoming for Texas because he wanted to live closer to his son. He passed the Texas Bar Exam and was admitted to practice in Texas in 2021. Before joining Clouthier Law, he practiced medical malpractice defense at Cardwell & Chang, where he had the chance to work on appeals and dispositive motions and replies to complaints filed against medical professionals with the Texas Medical Board.

Justin has been devoted to helping others, and he brings that devotion to Clouthier Law. Justin served as amicus counsel for the Children’s Alliance in a case before the Washington Supreme Court where he helped successfully challenge judges use of their contempt powers to incarcerate runaway foster children. In addition, he played a key role in obtaining summary judgment and a consent decree for a class of indigent defendants accused of felonies who were subject to a county’s systemically unconstitutional public defense system.

In his free time, Justin loves spending time with his ten-year-old son. Their fun activities include soccer, museums, ping pong, tennis, doing puzzles, movies, camping, sudoku, Wordle, spending time with family, and going to Kalahari. He has spent a significant amount of time volunteering as a delivery driver for Meals on Wheels, and, last year, he began volunteering at the annual Super Feast on Christmas Eve, helping to give away food and toys to many Houston families. Justin has many other hobbies and passions, but to name just one, he loves to run, and he plans to race his first Chevron Houston Half-Marathon next January.