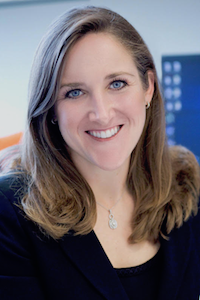 Pamela Ferguson works as Of Counsel at Clouthier Law. Pamela has served as appellate counsel to individuals and companies in various industries and now focuses her practice entirely on appeals. Prior to joining Clouthier Law, she served clients as a trial lawyer for 12 years at Greenberg Traurig, LLP and Buck Keenan, LLP. Her previous experience in appeals covered a variety of different fields of law, and she represented clients in both State and Federal Courts of Appeals. She has not only contested cases on appeal, but she has also tried numerous cases to verdict.

Pamela attended Vanderbilt University, where she earned her B.S. with honors in Human and Organizational Development in 2001 and her M.Ed. in Human Development Counseling in 2003. Pamela was selected as the “Outstanding Graduate” in Vanderbilt’s Health & Human Services concentration, and she also served as President of the Student Government Association. She received her law degree from the University of Houston in 2007. While there, she received the Lex Award for Scholastic Excellence in Legal Analysis, Research, and Communication, and she was Articles Editor of the Houston Journal of International Law.  During law school, she spent a summer clerking for the 1st Court of Appeals, under Justice George Hanks as well as the United States District Court for the Southern District of Texas, under Judge Ewing Werlein.

Pamela is a Fellow of the Texas Bar Foundation and was recognized as a Super Lawyers Texas Rising Star in 2016, 2017, and 2018. She enjoys spending time with her 10-year old daughter and is an avid cyclist and triathlete, including as a guide for blind and visually impaired athletes.