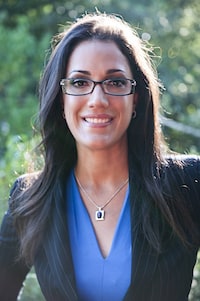 Susan J. Clouthier is the Principal Attorney at Clouthier Law, PLLC. She formed the firm under a different name in 2015 with the intention to help individuals and businesses who received an unfair or unjust experience in the justice system. Ms. Clouthier has since gained a high level of respect as a knowledgeable appellate attorney and leader in the industry. Over the years she has been recognized by a number of organizations for her excellence in appellate advocacy. Since 2015, she has added several extraordinary attorneys to her team, and she remains deeply committed to giving her clients personalized service and obtaining justice when the system fails.

Ms. Clouthier focuses entirely on appellate matters and is licensed to practice in almost every federal court of appeals, including the United States Supreme Court. She believes in the philosophy of focusing on mastering one art instead of attempting to learn a little about everything. The firm handles appeals from almost any type of legal matter, in both State and Federal courts, including civil cases, criminal convictions, family cases, and bankruptcy matters.

Ms. Clouthier is passionate about helping her clients obtain justice. Since she practices exclusively appeals, she has a deep understanding of the rules and procedures that are required to navigate through the complicated appellate process. She also has a varied understanding of the law and how appellate courts treat various legal issues, which helps when you are deciding whether to appeal your case. Ms. Clouthier also takes the time to explain the complex appellate process to her clients and their loved ones so the process feels less daunting.

In her fourteenth year as a licensed attorney, Ms. Clouthier has always had a passion for appeals. She started her career as a briefing attorney at the 14th Court of Appeals for the State of Texas under Justice John Anderson. This experience has helped her understand how the court views the cases, which in turn, helps her clients.

Ms. Clouthier is a wife and mother of two girls, ages 14 and 12, and three step children, ages 24, 22, and 16. She is also an avid triathlete—a five time Ironman and Age Group National qualifier. She is also a fan of Baylor football.

Awards & Recognitions
Schedule a Consultation
Practice Areas
Client Reviews
★★★★★
“Susan has worked tirelessly for years filing appeals on my behalf. Finally her efforts and persistence has paid off. After serving 11 and 1/2 years, I was released from Federal Prison and have been able to return to my family and help once again with raising my children [now age 16]. My family and I owe a debt of gratitude which we will never be able to repay. The love we feel for Susan is immeasurable.” Joe R.
★★★★★
“Our case was complicated and time critical. Susan took charge of the entire process, keeping us updated with texts, phone calls and emails. She worked through a Holiday weekend to make certain our case got the attention and success required to bring our loved one home. It is also very important to know that she has sophisticated research tools, which are IMPERATIVE when you have to navigate through the Appeals process.” Jack H.
★★★★★
“Susan is a thoroughly dedicated professional that has a unique empathy for cases that reveal the misapplication of justice that so often affects those with limited resources. Through her tireless efforts, one of my best friends had six years reduced from his sentence. The family and I will be forever grateful to Susan.” James P.
View More
Submit a Law Firm Client Review
" "